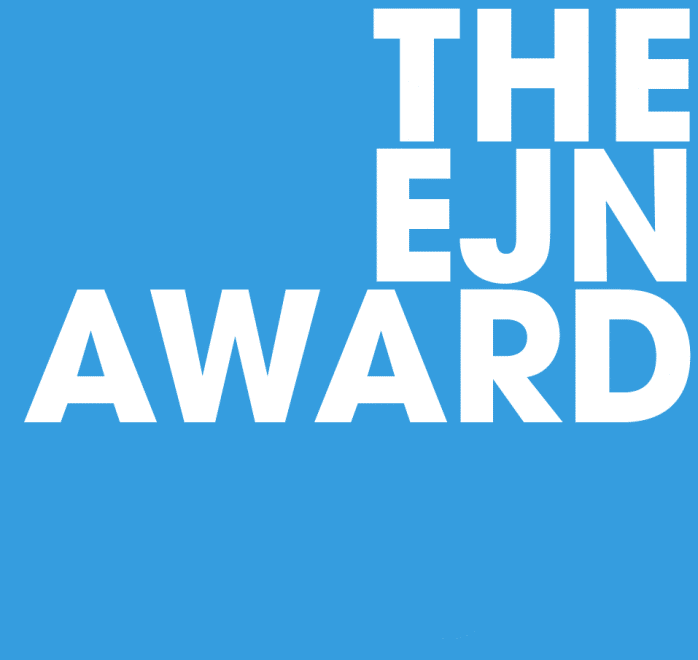 For the very first time, the jury of this year decided to bestow the award ex-aequo to these two clubs, as a recognition for the seamless quality of their programming and for their commitment to providing emerging artists with high-quality spaces to perform in front of always-attentive audiences.

Even though the final decision about the winners was taken back in February 2020, the choice of two venues seems even more relevant now, in a moment where music venues all around the world are heavily suffering the consequences of the covid-19 pandemic and experiencing deep uncertainties about their upcoming concert seasons. Recognising the amazing work of these two clubs for us is also a way to underline the essential role that venues all around the world are playing right now in offering high-quality music and cultural experiences despite many limitations, experimenting with new fruition models and continuing to provide working opportunities to musicians and technical teams at a time when it is most needed.

The Award winners were selected through a two-phase process: in the first step all the 150+ Europe Jazz Network (EJN) member organisations from 35 countries were asked to indicate a potential award winner (not necessarily an EJN member) during the last General Assembly held in Novara in September 2019. Later on, a selected jury of EJN members and other respected music professionals in Europe met online in February 2020 and chose the winners out of the resulting list of 28 nominated promoters (festivals, clubs and concert venues).

Comment from the jury of the 2020 EJN Award for Adventurous Programming:
“The 2020 EJN Award for Adventurous Programming has been unanimously assigned to two iconic European jazz clubs: Porgy & Bess in Vienna (Austria) and Victoria-Nasjonal jazzscene in Oslo (Norway). Both venues offer high quality working conditions for the musicians performing and adventurous and thrilling programming for their audiences. The jury has decided to give the EJN Award to both clubs because it’s not possible for the jury to state that one of these great ambassadors of creative music is better than the other. Victoria, Nasjonal jazzscene and Porgy & Bess are institutions that are exploring and developing the jazz genre through strong artistic equality and musical diversity. Congratulations for this well-deserved international recognition!”

The EJN Award 2020 for Adventurous Programming will be celebrated during the 2020 Europe Jazz Network General Assembly, that this year will take place on September 10th fully online because of the covid-19 pandemic, and if the conditions will allow it during public ceremonies held at the two jazz clubs during the 2020 autumn and winter seasons.

Comment from Christoph Huber, Artistic Director of Porgy & Bess:  “Getting an award is always good, getting an international award is even better. Getting an award from the Europe Jazz Network is the best! Thank you very much for this recognition.”

Comment from Jan Ole Otnæs, Managing Director of Victoria – Nasjonal jazzscene “We are happy and proud that Nasjonal jazzscene – Victoria has been chosen by the members of EJN as winners of this important award. It is an honor to share it with Porgy & Bess!”

The non-profit organisation Porgy & Bess defines itself as a Jazz & Music Club with a pluralistic and multifaceted programme. It serves as a site for musical encounters, interaction and confrontation both for artists and audience. The main focus lies on the implementation of a structure that takes into consideration Austria’s (jazz) scene’s wide range of ways to articulate itself as well as new development perspectives, such as collaborations with international guest musicians. Moreover, a club that serves as a meeting point for the creative local scene offers the possibility to exchange experience while transcending stylistic and aesthetic boundaries – a testing ground for different projects that do not need to present „ultimate statements“, a place for constant labouring and development. A basic intention of Porgy & Bess is to encourage cooperations between local musicians with different artistic backgrounds in order to prevent „musical ghettoisation“.

Historically, jazz is defined as Afro-American music, and still the „motherland of jazz“ continues to provide innovational impulses – two good reasons for us to present renowned American solo artists as well as the „next generation“ of jazz.

Nasjonal jazzscene has been serving high quality concerts for a jazz hungry audience in Oslo for 12 years now. Situated in the city centre, the club Victoria is a former cinema with a 300 people capacity. Re-furnished and fine-tuned for semi-acoustic music, it is now home to 4-5 jazz concerts a week. The club ambition is to be an important promoter for the Norwegian jazz community and one of the leading jazz venues in Europe. Nasjonal jazzscene presents both emerging artists and international household names, often in cooperation with other European and Norwegian clubs. They aim to present jazz at the very highest level, with a musical profile that is modern-leaning and exploring, with a keen eye to tradition.

In addition, Nasjonal jazzscene has for a few years now commissioned new music from exciting Norwegian jazz artists. They premiere the concerts at Victoria and follow up with a tour of the project in both large and small jazz clubs around the country. In January this year, for the first time one of the commissions toured internationally. The amazing guitarist Stian Westerhus visited Vienna, Sarajevo, Ljubljana, Munich, Ghent and Cologne with his trio.

About the EJN Award for Adventurous Programming

Each year, since 2012, EJN the Europe-wide association of promoters, presenters and organisations who specialise in creative music, contemporary jazz and improvised music, awards an European promoter who exemplifies the values of EJN and skilfully succeeds to create visionary and fascinating musical programmes for the audience.

Previous winners of the EJN Award for Adventurous Programming have been: JazzFest Sarajevo in Bosnia & Herzegovina (2019), Jazz Festival Ljubljana in Slovenia (2018), Tampere Jazz Happening in Finland (2017), Manchester Jazz Festival in the UK (2016), Moers Festival in Germany (2015), Jazz em Agosto in Portugal (2014), Bimhuis in the Netherlands (2013) and 12 Points Festival in Ireland (2012).

About the Europe Jazz Network

Europe Jazz Network (EJN) was created in 1987 as a Europe-wide non-profit association of live music promoters and presenters. Currently EJN includes 162 organisations (festivals, clubs and concert venues, independent promoters and national/regional organisations) in 34 countries and it is one of the 28 cultural networks supported by the Creative Europe programme of the European Union.

EJN’s mission is to encourage, promote and support the development of jazz and creative improvised music within the European scene and to create opportunities for artists, organisers and audiences from all different countries to meet and communicate.