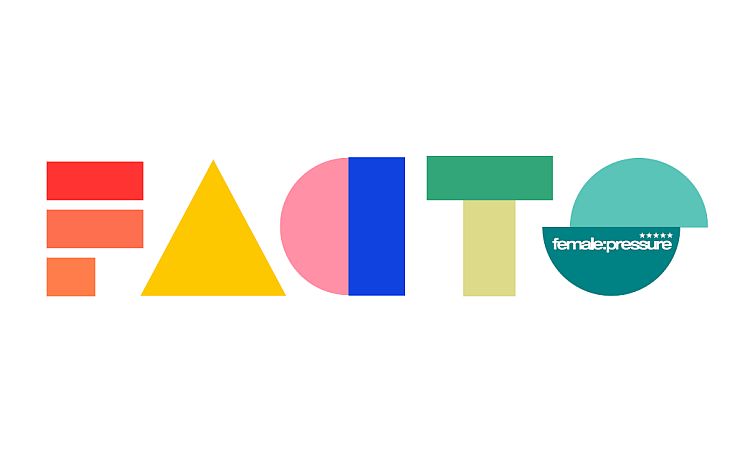 female:pressure is an international network of people who work in the fields of electronic music and digital arts, founded by Electric Indigo in 1998. female:pressure conducts and publishes the FACTS Surveys with the aim of addressing and quantifying the disparity in equal opportunity and visibility for female and non-binary artists in electronic music festivals. The FACTS Survey, like the female:pressure network, is the result of grassroots activism, conducted independently from any for- or non-profit organization and without external funding.

Nearly 400 festival editions from around the world spanning the years 2017, 2018, and 2019 were surveyed for FACTS 2020, an increase from the 229 editions surveyed for the FACTS 2017 release. New to this edition is data concerning festivals’ attendance numbers, the gender of the curators, and whether or not the festival received public funding. A new non-binary gender category was also included to reflect more accurately the diversity onstage. The survey will present data from the 2017–2019 range, as well as trends from 2012 to 2019.

Nearly 40 volunteers from the female:pressure network participated in collecting the data for FACTS 2020. In response to emails sent by female:pressure, 30 festival representatives provided the counts of female, non-binary, male, and mixed (i.e., consisting of a combination of gender categories) acts in their festivals’ lineup. Data was collected for 392 festival editions (of 166 different festivals) from 2017 to 2019. Adding this to the previous data, female:pressure has collected data for 675 festival editions (348 festivals) from 2012 to 2019.

The result of the first FACTS survey in 2013 indicated that barely 10% of artists listed in festival line-ups worldwide are female, and opened up an international discussion about the state of women in electronic music. Much like the female:pressure network, an objective of the FACTS Survey is to put pressure on the music industry to promote and present the work of women and non-binary artists equally with that of men artists. The gap has narrowed over the years, but progress is moving too slowly.

More detailed results and information about FACTS 2020 can be accessed at https://femalepressure.wordpress.com/
Inquiries: please contact press@femalepressure.net