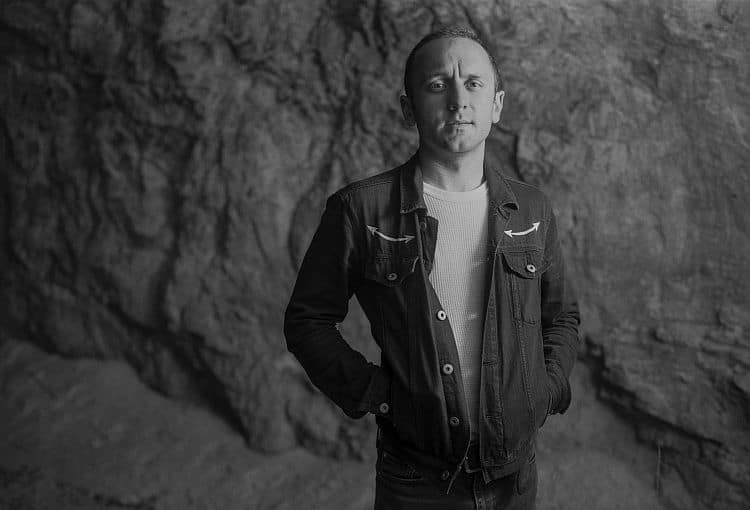 Your new album “Idle Hands” has just been released. What can we expect? What’s new this time?

Ian Fisher: This is my lucky thirteenth album and, unlike the dozen that came before, I’ve tiptoed away from my country and folk roots and embraced a rhythm based classic sound with a full band, strings, horns, and all the bells and whistles.  Maybe it’s me becoming less “American” the longer I live in Europe or maybe it’s just me being less inspired by contemporary songwriters and more influenced by 1970’s songwriters like Bill Withers, James Taylor, and Wolfgang Ambros.  Though this is my least folk and most produced album yet, I still approached the songwriting the same as I always have.  Rolling Stone described it best by calling it “half Americana and half Abbey Road-worthy pop”.  That’s exactly what we were going for!

As in the past you let it be musically very diversified. Really nice and fast songs can be heard as well as wonderful soft ballads. Do you already have an idea at the beginning of the songwriting process where you will be musically driven?

Ian Fisher: All of my songs start out alone on an acoustic guitar.  Who I work with and why I’m working with them often dictates the direction in which they develop.  This album is largely the result of premiering most of these songs on tour in Italy last year.  I brought them into rehearsal with Ryan Thomas Carpenter on keys, Andreas Laudwein on bass, and Hanno Stick on drums.  We rehearsed them for two days and then took them on the road for a month.  We got to know the songs on tour, what worked, what didn’t work, what tempo, what key, etc…  We took them to the studio in Berlin a few weeks after the tour and that formed the core of this record.  This, and basically all of my albums, are musically varied because of what I’m influenced by on the albums I’ve listened to the most.  Listen to “Blue” by Joni Mitchel or any Beatles record for that matter and you’ll hear even more diversity than on “Idle Hands”.  I think that my records just seem very diverse because variety on an album isn’t trendy right now.  The current trend is for a band to release singles until they have some kind of “hit” and then, once they have that, release an entire album that basically sounds the same as that one song.

On your new album you present yourself as a songwriter with a love of timeless handmade popsound. Obviously you don’t like the latest music trends.

Ian Fisher: I make the music that I like and what feels most honest to me. Of course I could make some danceable, marketable, “cool” music.  I have before.  It wasn’t for me.  The truth is that I’m not cool.  I’m just a normal guy that likes well written music performed by good musicians and produced and recorded in the best way possible.  I know it’s the trend right now to make the shittiest sounding song to ever grace a cell phone speaker and pose as the most fucked person you can imagine for your sea of Instagram followers, but, unfortunately for my bank account, getting facial tattoos and singing about Gucci bandannas isn’t really my thing.

Where do your musical influences come from? Who inspired you?

Ian Fisher: My middle name is Michael and I loved Michael Jackson so much as a four-year-old that I demanded that my parents call me by my middle name as I moonwalked across our kitchen floor.  My next musical love was American Country music in the nineties.  I then went through a few years of MTV-induced-abyss in the early two thousands and was luckily saved by my dad’s vinyl collection.  After a steady diet of the Beatles and Pink Floyd, indie-bands like Wilco and the Shins took me through my teens.  When I moved to Vienna in 2008, I turned back to Country music as a musical security blanket.  Hank Williams and Gillian Welch were the guardian angels of my transatlantic flights.  Eventually Georg Danzer and Ambros would fill my headphones on drunken walks home along the Gürtel. All of them influence me for better or worse.

What runs through your songs is a certain melancholic, partly thoughtful note. What are the main themes you sing about in your songs?

Ian Fisher: I’ve always been prone to melancholia, but it wasn’t till I moved to Vienna a decade ago that those self-pitying seeds truly found fertile ground.  This city, like me, is in between everything.  It’s torn between being east or west, north or south, in the past or in the future.  It, like me, wants to be everything at the same time and in its privilege, it waits at the threshold in limbo knowing that the moment it decides to be one thing it must cease to be everything else.  These songs are written in that limbo.  Written in that privileged, educated, damned position of being aware and self-aware of social and personal problems and lacking the hope to do anything about them other than describe them in a song.  This album touches on my usual themes of longing for truly feeling at “home” and for a love untainted by tradition (i.e. patriarchic religion and consumer capitalism).  The overarching theme of this record and why it’s called “Idle Hands” comes from the expression, “idle hands do the devil’s work”, which, to me in this context, describes the restless self-destruction that comes with being left behind and to your own devices.  Whether you’re left behind by a lover or by an entire economic system, it’s easy to fill the void with challenges that you make for yourself to give you something to do.  To give you meaning in a meaningless world.

Are you someone who also takes musical advice from others, or do you do it on your own from beginning to end?

Ian Fisher: I take a lot of advice.  Too much in fact.  In the end, I make the final decision about my music, but I know that my subconscious is just a big bag full of other people’s opinions.  You can never fully separate yourself from that no matter how hard you try.  Trust me.  I’ve tried.

You have moved to Berlin in the meantime – Why this city?

Ian Fisher: Fuck Berlin.  The people from Berlin and those neighbourhoods that built themselves slowly back out of the rubble are fine, but it’s those trendy districts that remind me of the first day of high school with their endless dilatation posing.  I suffocate there.  I spend as much time as possible in Vienna and as little time as possible in Berlin. Unfortunately, this world still has borders though and my visa makes it difficult for me to stay in Austria.  All in due time…

I’m sure this album is ready to go on tour, right?

Ian Fisher: I’ve been on tour for the last decade.  Why stop now?