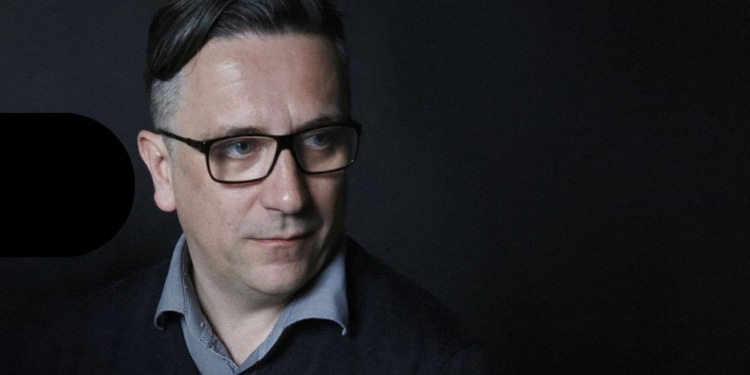 “I owe him so much. So do many of us.” Thus arrived the news of Peter Rehberg’s passing, via an Instagram post on 22 July 2021 by François Bonnet, collaborator, friend, and artistic director of French electroacoustic institution GRM. “Safe travels Peter Rehberg,” chimed in former Nine Inch Nails keyboardist Alessandro Cortini. “You and your incredible contributions to the world of sound will live forever.”

Though no household name outside of experimental and electronic music circles, Peter Rehberg’s contribution to modern Europe’s underground music scene has been quietly unmatched for the last quarter of a century. The sheer rush of digital noise, sleepy hum of glitchy ambient techno, and soaring ethereal atmospheres of modern synth music are all key parts of contemporary underground sound culture that spewed forth from seeds germinated by Rehberg and his cohort in 90s Vienna. Born in London, to an Austrian father originating from Salzburg, Rehberg grew up in the South England commuter belt of Hertfordshire, where the electronic music experience still mostly comprised bootleg tapes of industrial music, New Order singles, and tuning into the BBC to listen to John Peel. The convenience of his dual nationality and the blank slate of the late-80s Vienna scene were quick to attract the young Rehberg.

By the tail end of the 1980s, Rehberg was making his name locally as both a musician and music journalist. Rehberg would DJ around the city in spots such as Chelsea or Blue Box, and he was writing for Viennese music rags such as Gürtel or Chelsea Chronicle, while simultaneously channeling his love of industrial, noise, and post-punk sounds into early bands projects such as Pedro Radlberger Experience and Peterlicker. (The heavily industrial Peterlicker would reform 20 years later to finally release their debut album on Editions Mego in 2010!)

With the beginning of the 1990s, Rehberg’s focus turned more to emergent electronic sounds and – though initially co-founded in 1994 by a trio of Austrian artists – Rehberg joined the Mego record label in 1995, his music featuring on its first releases under his musical pseudonym: Pita. The label would become a key cog in a burgeoning new ‘Viennese scene’ attracting global ears and music press. Pioneering parties and intensely experimental approaches to music production coalesced with a self-deprecation shared by both sides of Rehberg’s Anglo-Austrian roots.

Rehberg’s own experience with music journalism – and native English – soon effectively rendered him the figurehead of the label, but Mego’s strength came from its ability to attract a global network of like-minded artists with little more than sheer generosity and a dedicated work ethic. From its headquarters in Meidling (Vienna’s traditionally working class 12th district), the Mego crew spent its first decade pioneering glitchy electronic sounds before closing down in 2005. Rehberg reopened and rechristened the label Editions Mego, the catalogue for which he would hold sole responsibility until his untimely passing in the summer of 2021.

Rehberg’s rampant thirst for new music and encouraging generosity helped both Mego and Editions Mego to keep up speed for 26 years littered with landmark releases. Fennesz’s Endless Summer (2001) remains such a milestone, revered 20 years on as an ambient watershed of rare self awareness and sunny noise, while Oneohtrix Point Never’s Returnal (2010) helped launch the career of one of the most important living electronic producers in America. Released in 2019, Ecstatic Computation by Italian composer Caterina Barbieri is already proving such a milestone for the next electronic generation.

In addition to curating the Editions Mego imprint and talent hunting, Rehberg would lend his experience to a host of others. Several sub-labels have been hosted inside the ‘Mego family’, including synth-music imprint Spectrum Spools (curated by John Elliott of Emeralds), epic drone catalogue Ideologic Organ (curated by Sunn O)))’s Stephen O’Malley), archival and contemporary releases by GRM, plus several more. More than a label, Editions Mego became one of the de facto homes of electronic/experimental music, anchored by Rehberg’s restlessness and openness. It’s been said that everyone who bought The Velvet Underground’s debut album went out and started a band – the extended Mego catalogue has undoubtedly inspired just as many a record label.

And then there’s Peter Rehberg’s own music, which comprises its own astonishing legacy altogether. As Pita, Rehberg pioneered the use of the laptop as a musical instrument in the 90s, releasing a string of solo albums from 1996 that marbled piercing glitches and guttural computer roars into the ambient palette, inserting new levels of human emotion into computer music. Pita was still travelling deep down an unpredictable path on 2019’s Get On, slipping playfully between ugly industrial noise and soaring synthetic beauty. Rehberg also participated in countless sonic collaborations over the years, including various projects with Christian Fennesz and Jim O’Rourke (including much lauded trio work as Fenn O’Berg), plus memorable collabs with the likes of Mika Vainio, Charlemagne Palestine, Z’EV, Oren Ambarchi, Kevin Drumm, and countless more. One of Rehberg’s longest running collaborations – his KTL duo with Stephen O’Malley – remained far from over at the time of his death. KTL continued to meditate onto fresh ground with their VII album, recorded in rare intimacy after the pair found themselves stuck together in the early days of lockdowns in 2020, fresh from an ultra-heavy live show at Elevate Festival in Graz in March.

As a musician and label-runner, Rehberg’s life’s work is largely without peers. Emigrating to Vienna proved the smartest move of his life, putting him on a path towards his status as a mentor to so many; a musician’s musician, and a record label-runner’s favourite label-runner. The global status of Editions Mego never stopped Peter from being Peter though. In the 2020s, Rehberg would still run most things Editions Mego entirely himself, giving endless demo submissions a chance. Kenyan ambient artist KMRU – whose Peel album proved a recent best seller for the label – told Pitchfork earlier this year about how Rehberg was the only label-runner to respond to him.

Rehberg also never truly got over the first true loves from his youth: Bowie, post-punk, and synth pop. When invited to DJ for the Parken event series in Vienna’s Votivpark in 2016, Rehberg quickly switched from spinning digital glitches and noise to a lengthy string of Bowie’s greatest hits in honour of his then-recently deceased idol. A mid-pandemic DJ set from Peter, commissioned in 2020 by Viennese promoter and podcast series Struma+Iodine, also saw Rehberg ignoring the lunatic fringes of electronic noise in favour of 80s pop, comprising 3-and-a-half hours of 12″ vinyl singles from the likes of New Order, Deutsch Amerikanische Freundschaft, Einstürzende Neubauten, and Yello. A recently shared memory from an English childhood friend of Rehberg’s recalled witnessing a meeting with Daniel Miller of Mute Records (home to Depeche Mode), where Peter joked that the label boss was responsible for the direction his life had gone in after discovering Mute in the 1980s. There’s little doubt that countless musicians around the world will have the exact same thing to say about Peter Rehberg for decades to come.